The Nisei Legend of the Korean War. 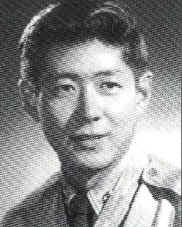 We pay special tribute to Hiroshi "Hershey" Miyamura who was awarded the nation’s highest military honor for his heroic actions during the Korean Conflict. Hershey is the only living Japanese American Medal of Honor awardee [note: this article was written before the award of the MOH to numerous Japanese Americans from WWII].

Hiroshi "Hershey" Miyamura began his life as the son of an immigrant coal mine worker in Gallup, New Mexico. He grew up in a family so typical for the Nisei before World War II. In 1944 hershey entered the U.S. Army and served a short term with the Nisei 442nd Regimental Combat Team just in time to return to Washington, D.C. for the ticker tape parade down Pennsylvania Avenue.

Returning to Gallup, New Mexico, Hershey reenlisted in the Army Reserve Corps. It was then that he married Terry Tsuchimori in 1948. 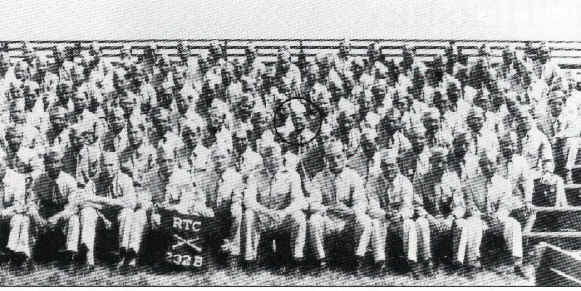 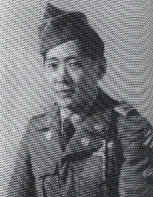 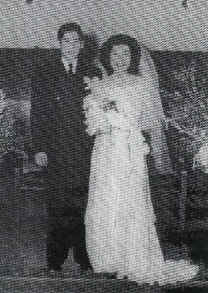 At the outbreak of the Korea War, Hershey soon found himself in Korea with the 3rd Division all the way north to the Yalu River. The Chinese then entered the war and Hershey soon found himself pushed back to Pusan. On April 24, 1951, reversing the role and pushing the Chinese north beyond the South Korean Capital of Seoul, Hershey found himself in the thick of battle with the Chinese forces that had crossed the river below his perimeter. Outnumbered, SGT Miyamura who was the squad leader of the machine gun crew, order his men to retreat to the rear while he alone kept the enemy busy with his arsenal of machine gun, rifle, and a couple of cases of hand grenades. He, himself had to abandon his position when they began dropping phosphorous bombs on him.

By now, the Chinese soldiers had his position surrounded and Hershey found himself face-to-face with the enemy. The two Asian soldiers squared off, recognized each other as the enemy by their uniforms. Miyamura had prepared himself by fixing his bayonet onto his rifle and he attached the other soldier who had a concussion grenade. When Hershey withdrew his bayonet from the other man’s body, he fell flat on his back and at the same time, the enemy grenade hit his leg. Hershey immediately kicked it away but when it exploded, a piece of shrapnel became embedded in his body. Now wounded, Hershey struggled to get away from the enemy, but he could not. He decided to play possum and laid there hoping the enemy would leave him for dead. About an hour later at daybreak, someone spoke to him in English, "Get up! You are my prisoner. We have a lenient policy for our prisoners." SGT Miyamura was now a prisoner of war.

For nearly 28 months, Hershey suffered in the prisoner of war camp coping with dysentery and malnutrition. Malnutrition caused his hair to fall out in huge clumps and night blindness was another symptom caused by lack of a proper diet.

Hershey was among the last groups to be released from the camp. On August 21, 1953, his group was placed on a truck which took them to the train station for the long awaited trip to Freedom Village located in Panmunjom, Korea.

At Freedom Village, after lengthy debriefing sessions and being checked physically, Hershey was informed of his being awarded the nation’s highest award for bravery, the Medal of Honor. The Pentagon had known about his brave deeds in saving his squad while single-handedly fighting off the enemy until he was forced to retreat, and knew that his retreat came only after killing more than 50 Chinese soldiers. However, they did not disclose his actions for fear of retaliation while Hershey was being held as a prisoner of war.

Upon his return to the United States, Hershey was formally present the Medal of Honor by then President Dwight David Eisenhower in October of 1953. The ceremony took place at the White House with Hershey’s family, including his father, witnessing the impressive ceremony. The Congressional Medal of Honor winner, retired in 1984 and devotes himself to visiting his four grandchildren, and fishing (he is an avid fresh water fisherman). As an avid member of the Gallup Lions Club, he visits schools and talks to students, asking them to remember the sacrifices of the men who served when duty called, especially those who never came back.

As a member of the elite Medal of Honor Society, his has been invited to Presidential inaugurations many times, and attends reunions and conventions of veterans whenever he can. We salute Hiroshi "Hershey" Miyamura for his courage, dedication and extreme valor during the War in Korea.

Below is a reprint of the article regarding the actions resulting in the award of the MOH.

SGT Hiroshi H. Miyamura, a member of Company H, 7th Infantry Regiment, 3rd Infantry Division, was a machine gun squad leader and on April 24, 1951, his squad was in a defensive position near Taejon-Ni, Korea when the enemy attacked, threatening to overrun their position.

Miyamura, aware of the imminent danger to his men, unhesitatingly jumped from his shelter and wielding his bayonet in hand-to-hand combat, killed approximately ten of the enemy. Returning to his position, he administered first aid to the wounded and directed their evacuation, as another assault hit the line. He manned his machine gun and delivered withering fire into the enemy’s charge until his ammunition was expended.

He ordered the squad to withdraw while he remained behind to render the machine gun inoperative. He then bayoneted his way through infiltrated enemy soldiers to a second gun emplacement and assisted in its operation.

When the intensity of the attack required the withdrawal of the Company, Miyamura ordered his men to fall back while he remained to cover their movement. He killed more than 50 of the enemy before his ammunition was depleted. Although severely wounded, he maintained his magnificent stand and continued to repel the attack until his position was overrun.

When last seen, he was fighting ferociously against an overwhelming number of enemy soldiers.

Miyamura was captured and spent 28 months as a prisoner. He was released on August 21, 1953. President Dwight Eisenhower presented the Medal of Honor to Miyamura at the White House. He is the only living Japanese American Congressional Medal of Honor recipient [from the Korean War]. Miyamura resides in his home town of Gallup, New Mexico