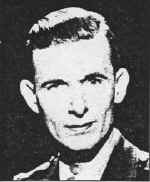 John Alfred Burden was born November14, 1900 of missionary parents in Tokyo Japan He attended school with Japanese students in the Shinjuku and Yoyogi districts When he was 14 years old his parents sent him to school in California where he was told he spoke "English like a Jap."

During the next 20 years Burden worked his way through Modesto Junior College and pre-med at UCLA. He earned a medical degree in 1936 from the University of Louisville Medical School. During his stint as an X-ray technician at Boulder City Hospital he met and married a nurse, Helen Brown, in 1934.

While he was at the medical school in Louisville, Burden applied for the Army Reserve but was rejected for being over age. When he included his Japanese language backqround he was then granted his Reserve Commission.

While interning at Louisville, he learned of a vacancy at the Queens Hospital in Honolulu and applied for the position because he loved Hawaii. In 1937, Queen's accepted his application for training as a plantation doctor. In 1939, his first medical job took him to Hawaiian Commercial and Sugar Co's Puunene Hospital on Maui. Then in

February 1941, he moved over to Honolua to serve as doctor with Baldwin Packers. 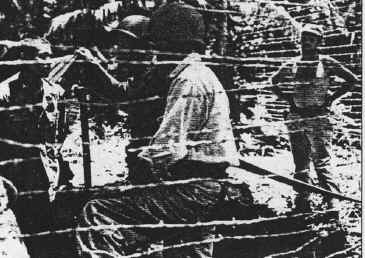 On Sunday morning, December 7, 1941, Dr. Burden noticed a large group of planes circling over Maui and then flying toward Oahu. He heard the radio announcing, "The Japanese are attacking Pearl Harbor." Within a week he was ordered to report to military intelligence school at the Presidio, San Francisco. Two Japanese-speaking "haoles," David Swift and John Burden, joined 58 Nisei of the class which had begun in November 1941 and which included Tateshi Miyasaki and two brothers, Takashi and Takeo Kubo. Burden was the only member from Hawaii in the first Presidio class. He was given a rigorous course in "heigo" (military Japanese) and was pushed very hard by Aiso, Imagawa and Tekawa.

After completing a five month crash course in Military Japanese, Burden was promoted to Captain and assigned to the 37th Division, and in May 1942 shipped out to Fiji with Takashi and Takeo Kubo and 10 CIC men. Burden's G2 team was organized into a listening post, assigned to monitor all telephone calls relayed through Fiji. One day conversing with Admiral Nimitz, Colonel Sears, G2 officer for the 37th Division, said, "I understand you are looking for a Japanese language officer?"

Admiral Nimitz answered, "They're driving me crazy for one, but I don't know where to find one". Colonel Sears recommended Captain Burden. The Admiral shook Burden's hand and said, "Pack your bags and take the first flight out for Guadalcanal" Burden landed on Guadalcanal in October 1942.

Aware that the Army distrusted Nisel, Burden insisted that the two Kubo brothers should join him. One of the 37th Division officers returning from Tonga mentioned to Burden about a jeep driver in Tonga. Burden thought it must be Tateshi Miyasaki, whom he considered "the best Nisei at Presidio"; so, he went to Tonga and rescued Miyasaki from his jeep-driving job and had him transferred to Guadalcanal also. Miyasaki had been shipped out of Presidio on an earlier secret mission. A Kibei excelling in the Japanese language, he was to serve as Burden's right hand throughout the Solomons campaign, at Guadalcanal, New Georgia and Vella Lavella. Burden almost "lost Miyasaki one night, when Miyasaki had stripped to his waist and was cooking rice for their dinner. Suddenly, three New Zealand soldiers appeared with their rifles pointed at Miyasaki. Burden avoided a tragedy by yelIing at the New Zealanders "He's OK, He's one of my boys".

Burden and his Nisei linguist team were probably the first in the combat zones to engage in intelligence against the Japanese, doing interrogations, document translations, broadcasting surrender appeals and preparing surrender leaflets for airdrop missions, Burden 5 team conducted successful interrogations of Japanese POWs after the bitter battle for Henderson Feld, acquiring vital information about the enemy, which first opened the eyes of the American field commanders to the immeasurable value of the Nisei linguists in the war against Japan

On one leafletdropping mission when enemy fire hit his plane which crash landed in the ocean, Burden suffered a fracture of the cervical vertebrae, but was rescued by American troops For this feat, General Alexander Patch of the 14th Corps awarded Burden the Silver Star. 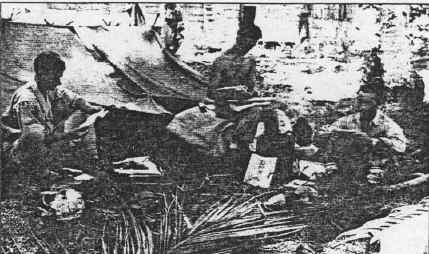 Burden succeeded in luring the first POWs to surrender on Guadalcanal by overcoming their fears of torture and death upon capture. He utilized his first captives to broadcast to fellow Japanese troops assuring them of spared lives, food and medication. This action resulted in many more surrenders. General J Lawton Collins of the 25th Division supplied Burden with broadcast equipment and two days to prove his humane treatment approach against Japanese soldiers entrenched in a valley. The first prisoner saved by Burden was put on the air assuring his own good treatment and urging his fellow soldiers to come out or be wiped out. By the second day, 18 prisoners had come over and Burden asked the General for one more day. General Collins answered, "That's not the way we fight a war," and turned down Burden's request. The Japanese position was then annihilated. Burden was convinced that with another day, he could have saved almost all of them. Captain Burden has been credited with pioneering psychological warfare against Japanese troops. On Guadalcanal, Burden earned his first Purple Heart when a bomb shrapnel hit his arm. One of Burden's most significant contributions was writing a history of the Battle of Guadalcanal from the Japanese army's viewpoint reconstructed from captured translated documents. From July through September, 1942, Burden served as G-2 officer for the 25th Division's invasion of Vella Lavella. For this work, he won a Bronze Star. Here, he was joined by Fred Odanaka.

Captain John Burden furnished the most direct, credible testimonial of the value of the Nisel linguists in the war against Japan. From Guadalcanal he wrote:

"The use of Nisei in the combat area is essential to efficient work. There has been a great deal of prejudice and opposition to the use of Nisei in combat areas. The two arguments advanced are (1) Americans of Japanese ancestry are not to be trusted, and (2) the lives of the Nisei would be endangered due to the strong sentiment against Japanese prevailing in the area. Both of these arguments have been thoroughly disproved by experiences on Guadalcanal, and I AM GLAD TO SAY THAT THOSE WHO OPPOSED THE USE OF NlSEI THE MOST ARE NOW THEIR MOST ENTHUSIASTIC ADVCCATES It has been proven that only the Nisei are capable of rapid translation of written orders and diaries, and their use is essential in obtaining the information contained in them."

After 14 months of combat intelligence work in the Solomons campaign, Burden was ordered back to Camp Savage in December 1943 to lecture the MiS students on Japanese prisoner interrogation techniques. While at Savage, Burden received orders to join Colonel Dickey at G-2 Headquarters in Chungking, China.

Stationed in Chungking, China, under General Joseph Stilwell's command, Major Burden was first assigned to the famous "Dixie Mission" to Communist headquarters in Yennan, but Chiang Kai Shek denied permission of the assignment (although subsequently three of Burden's Nisei, including Koji Ariyoshi, went to the "Mission" to Yennan) Instead, Burden headed the "War Room." Reviewing all communications coming in from the 0SS, CIC and Chinese army sources. There he met Mao Tse-tung, Chou En Lai and others who later became leaders of Communist China. For his work in China, Burden received "The Order of Three White Doves from Chiang Kai Shek personally, to add to the Silver Star, Bronze Star and Purple Heart medals earned in the Solomons Campaign and the Legion of Merit from the US Army. 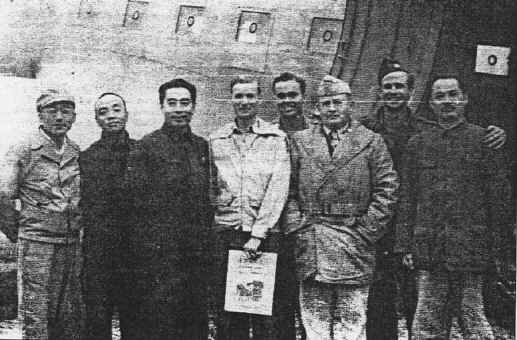 Summary.  Hawaii and all MIS veterans are proud to claim Dr. J. Alfred Burden as one of their own.  He was the first and only one from Hawaii to be accepted in the first Presidio Military Intelligence class.  He led the first MIS combat intelligence team in the South Pacific, where he and his Nisei linguists were instrumental in convincing and proving to combat commanders the great value and contributions the Nisei MIS could render in gathering and translating Japanese military intelligence in the prosecution of America's war against Japan in World War II.